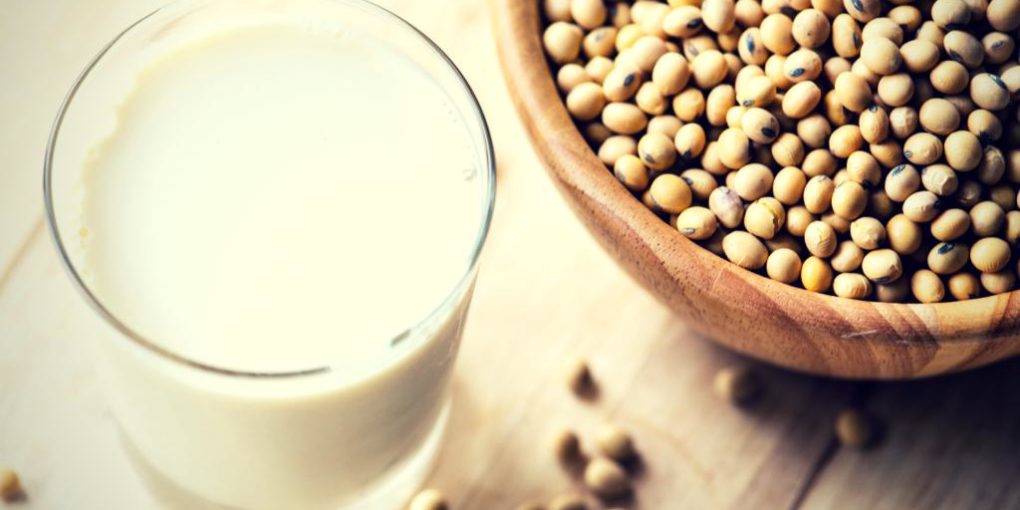 ​You might've heard a lot about soy while growing up about how it is rich in protein and good for growth. But as you entered your adulthood, you certainly have come across warnings to minimize soy consumption for some reasons( such as infertility and low libido).

Is there any harm in soy? Let's find out.

Quick Navigation
What is Soy?
Are there any benefits of Soy?
Does soy have estrogen in it?
So, how does Soy affects Testosterone levels?
Soy protein and bodybuilding
How much soy is too much for a man?
Conclusion

Soy (derived from soybeans) is present in some canned and packed foods and especially found in soy milk, soy sauce, soybean paste, soy lecithin, edamame (immature soybeans in the pod) and tofu. It is also every so often added to foods like bread, cereals, and meat products. Soy is used as a meat substitute in vegetarian products such as soy burgers and soy hot dogs. There is no arguing that soy is a good source of protein.

Maybe this will come as a surprise to you, but an average person consumes a lot more soy than they realize. This is probably because soy comes as an indirect ingredient in most of the food you buy.

Are there any benefits of Soy?

National Nutrient Database prepared by the United States Department of Agriculture's (USDA) claims that 90 grams of cooked green soybeans contain about 127 kilocalories (kcal), 11.12 g of protein, 5.76 g of fat, 9.95 g of carbohydrate and 3.8 g of fiber.

While soybeans are low in saturated fat, they are high in protein and vitamin C. They are also a good source of calcium, iron, fiber, phosphorus, magnesium, potassium and thiamin.

However, the nutritional content of all those soy products out there varies in regards to how they have been processed and what other ingredients have been added.

Does soy have estrogen in it?

It's not like soy brings estrogen to your body. Estrogen is a hormone and soy doesn't have as its content.

Nevertheless, soy contains a kind of compound known as isoflavones (genistein, daidzein, and glycitein) which take the role of phytoestrogens or plant estrogens in the human body. Phytoestrogens aren't exactly the female hormone, estrogen, yet, they are structurally similar to estrogen. It is also assumed to have similar effects on the body. The American Journal of Clinical Nutrition explains it here.

High estrogen levels in men are more or less a direct path to low testosterone levels. Eating soybean or drinking soy milk, which contains estrogenic compounds, is often considered to be something that would lower testosterone.

So, how does Soy affects Testosterone levels?

Let's ponder over the following studies and make a conclusion after that.

Soy protein has been used for bodybuilding by men for ages. There are even some products out there in the market that provides soy protein exclusively. With such concentration of proteins in it, there is no doubt that soy can assist in bodybuilding and muscular growth. However, excessive intake of soy can lead to undesirable effects as pointed out by scientifically backed studies.

How much soy is too much for a man?

You are in serious trouble if you are kind of person who drinks soy milk daily and includes soybeans in your diet. There is no need to worry as long as you don't remember the last time you had soy.

Meanwhile, another clinical trial found that a soy-dairy protein supplement at a rate of 22 grams per day for three months did not alter testosterone in young men doing resistance training all the while muscle strength increased.

If accepting the above study, we can consider 22 grams a day a safe level of soy consumption.

Well, it is safe to say that too much soy or proper but constant consumption of soy is bad for men.

If you are the type of person who doesn't want to take risks, then ignoring soy protein for bodybuilding is the recommended way for you.

Since there are lots of scientific studies that say 'no' to soy outright when it comes to testosterone levels.

In case you are a vegetarian and concerned about protein intake, you can take soy while checking the amount consumed.